From lanky kid with a big dream to NFL Pro-Bowl running back, Melvin's journey has been a tale of hard work and dedication.
; 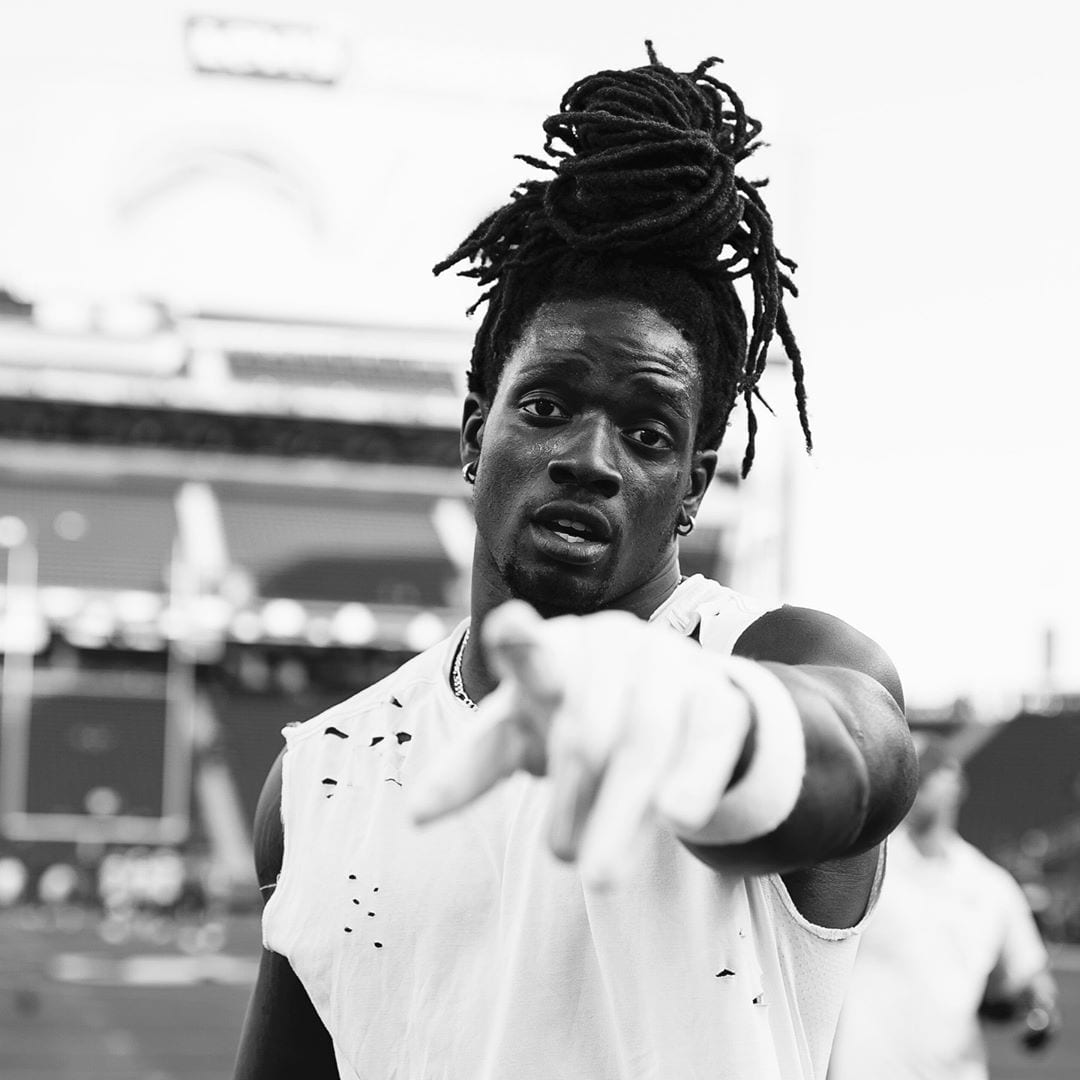 Melvin Gordon III was born in Kenosha, Wisconsin to a loving, close-knit family. Inspired by the Power Rangers, Ninja Turtles and Dragon Ball Z, Melvin understood the power of physical strength at a young age, even using his closet rod as a pull-up bar. When his father, Melvin Gordon, Jr., put him in football at age 9, young Melvin found his calling. As soon as he said, “Dad, I want to run the ball,” the journey began. From setting up a weight room in the basement to studying clips of Barry Sanders and Walter Payton, Melvin and his father spent countless hours charting the transformation from a skinny kid with heart to the powerhouse athlete we know today.

By the time he began high school, Melvin was a self-proclaimed gym freak. Pushed by a friendship with teammate and future NFL player Trae Waynes, Melvin became faster and stronger, gaining 30 pounds of muscle between his freshman and sophomore years. With that work ethic behind him, Melvin assured his mother, Carmen, that he would earn a Division 1 scholarship. His senior year, Melvin defied all expectations, rushing for 2,009 yards with 38 touchdowns his senior year. He was named Wisconsin Gatorade Player of the Year.

True to his word, after high school, Melvin joined the Badgers at the University of Wisconsin-Madison as a four-star recruit. There, he built a career for the ages, winning two Big Ten Championships, smashing records and earning major accolades.  In 2012, Gordon shredded defenses for 10 yards per carry. He followed that up with 1,609 yards and 12 touchdowns rushing as a sophomore. Spurred by his father’s encouragement that he could be the best running back ever, Melvin racked up an incredible 2,587 yards and 29 scores in 2014, becoming the second all-time single-season rusher in FBS history. These performances earned him the Doak Walker Award, Big Ten Offensive Player of the Year, Big Ten Running Back of the Year and runner-up for the coveted Heisman Trophy.

In 2014, Melvin was drafted #15 by the then San Diego Chargers. After a slow start and a season-ending injury, Melvin enlisted the help of his idol Adrian Peterson to get back on track. And the workouts paid off. In 2016, Gordon captured the Chargers’ top running back spot and he didn’t look back. Since then, Melvin notched a hallmark 1,000 yard season (and another that was just 3 yards shy!), was named to two Pro Bowls, and helped lead a playoff run.

Today, at just 27, Melvin is embarking on a new chapter with the Denver Broncos. And he’s ready to set the league on fire again. Because if there’s one thing you’ll learn about Melvin, he never settles. As he puts it, “I always want to be better. I want to be the best back there is..” 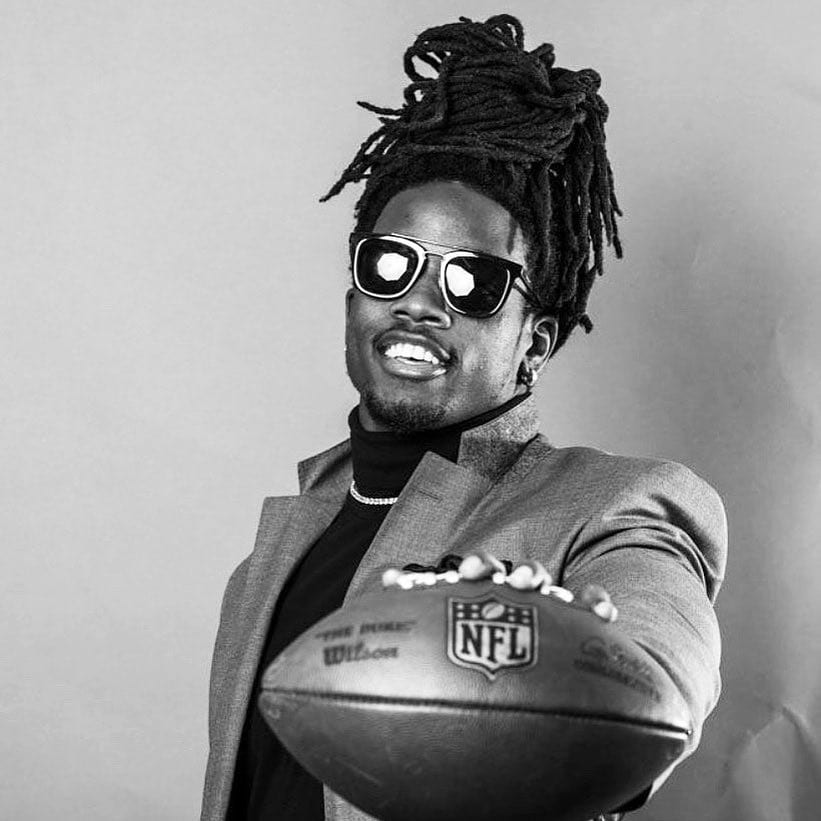 In high school, Melvin was also one of the state’s best long-jumpers leaping for a career-best 7.20 meters (23 ft 7 in).

A fashion icon in the making, some of Melvin’s signature looks include his white locs, the inverted visor, and plenty of sleek suits.

In 2014, Melvin rushed for 408 yards in a game, breaking the NCAA record. Today, he still holds the second highest total in a game ever.

Known as a dual-threat running back in the NFL, Melvin is an elite rusher and pass-catcher out of the backfield.

Family is everything to Melvin. A true mama’s boy, he talks to his mom Carmen every day!

THE ROAD TO GREATNESS

As a high school senior, Melvin was named Wisconsin Gatorade Player of the Year and earned First-Team All-State honors

A College Career for the Ages

Melvin attended the University of Wisconsin-Madison & played for the Badgers

Big Ten’s Ameche–Dayne Running Back of the Year

Named to his first Pro-Bowl

Beyond the Flash is Born

Melvin launches Beyond the Flash Foundation to support families in need

Named to his second
Pro-Bowl 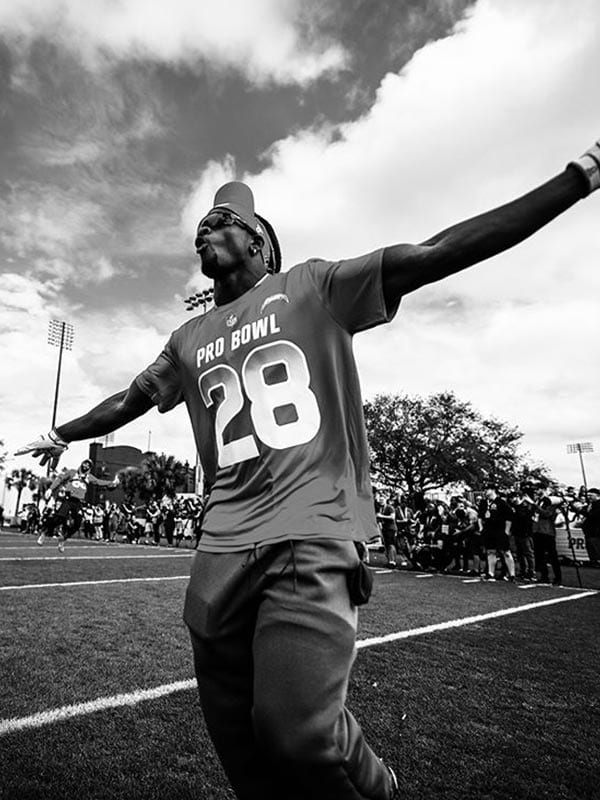 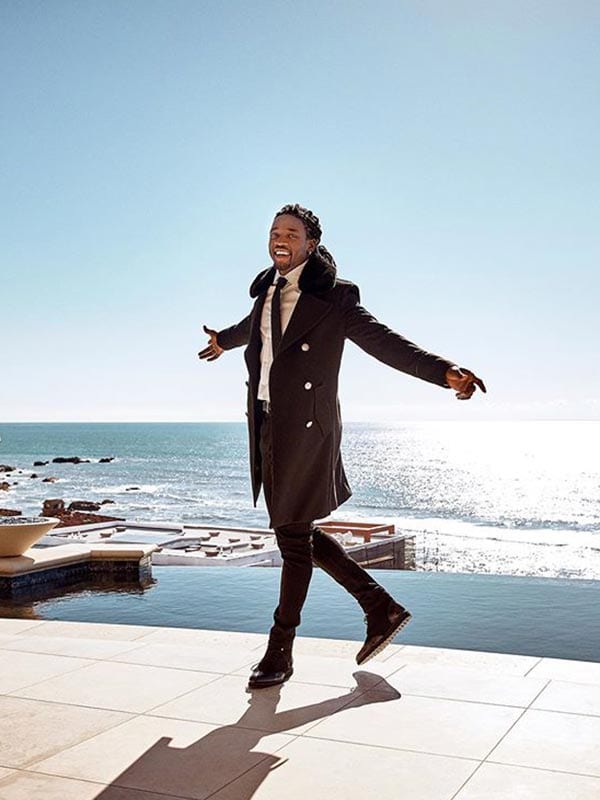 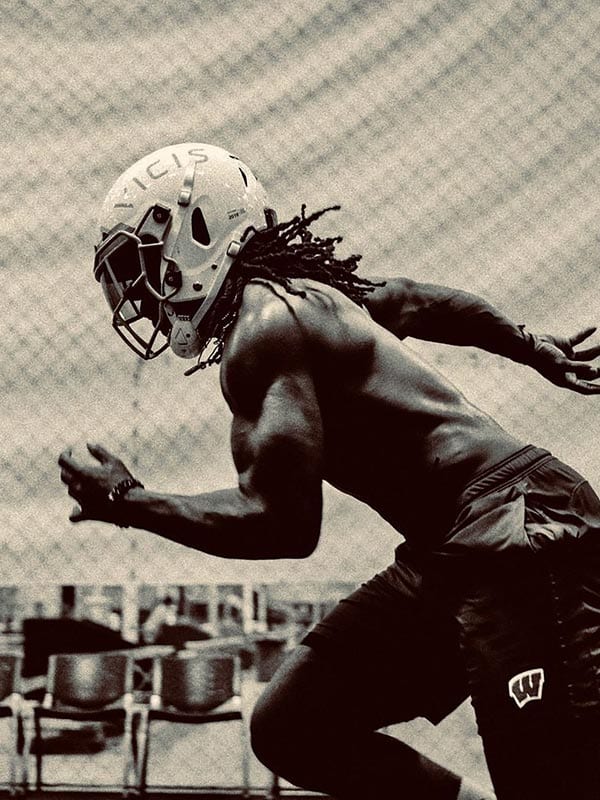 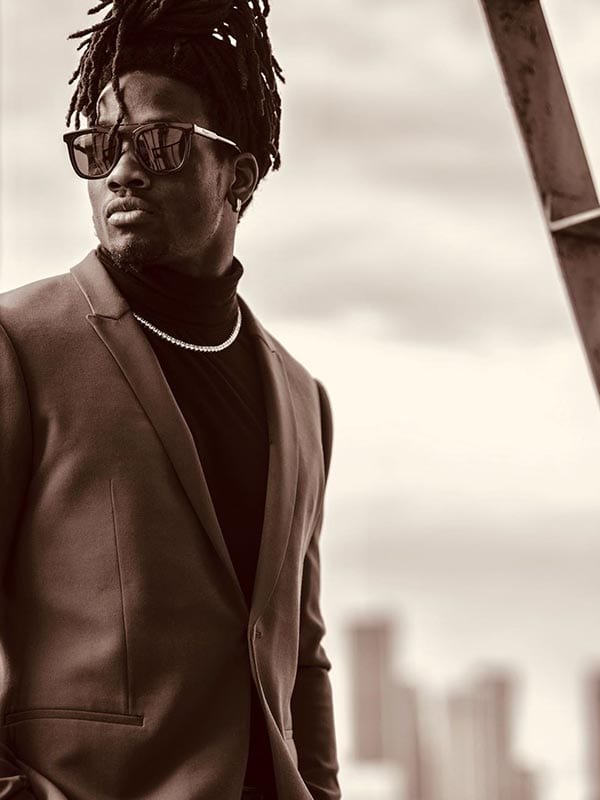 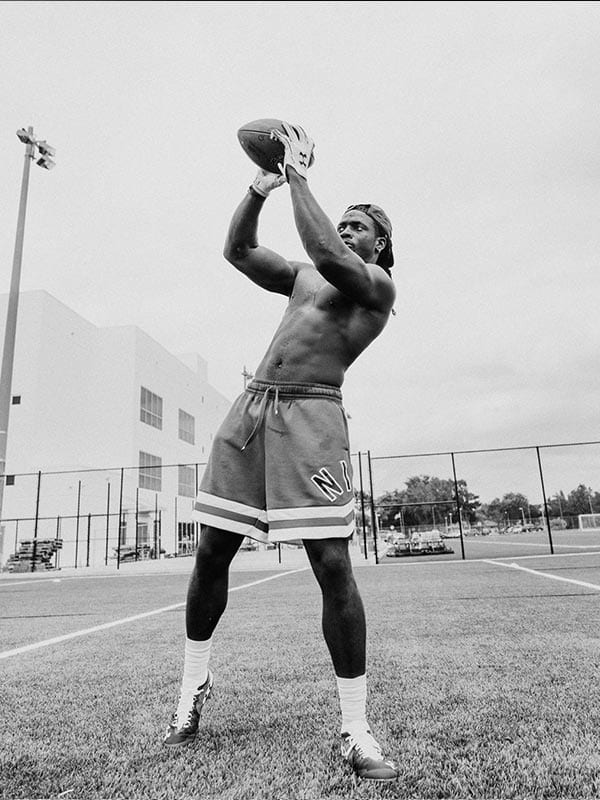